Welcome to Thriving-Baby-Boomers – A Whole person approach to wellness

“Empowering others to take a balanced approach to their own health and wellness by focusing on all aspects of the whole person.’

“Focusing on the whole person to maximize health and wellness for life.”

According to Wikipedia, “The earliest identifiable proponent (in the history of the New Thought Movement) was Phineas Parkhurst Quimby, an American philosopher, mesmerist, healer, and inventor. Quimby developed a belief system that included the tenet that illness originated in the mind as a consequence of erroneous beliefs and that a mind open to God’s wisdom could overcome any illness.

One of the Best Known writers in the History of the New Thought Movement, Ralph Waldo Emerson was an American essayist, lecturer, and poet, who led the Transcendentalist movement of the mid-19th century… [According to Emerson,] “Philosophically considered, the universe is composed of Nature and the Soul.”… When asked to sum up his work, he said his central doctrine was “the infinitude of the private man.” 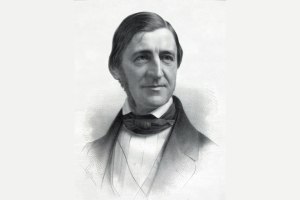 Mary Baker Eddy was the founder of Christian Science, a new religious movement that emerged in New England in the late 19th century. Eddy is the author of the movement’s textbook, Science and Health with Key to the Scriptures (first published 1875), and founder of the Church of Christ, Scientist (1879). She also founded the Christian Science Publishing Society (1898), which continues to publish a number of periodicals, including The Christian Science Monitor (1908).

Thomas Troward was an English author… (who) set out to apply logic and a judicial weighing of evidence in the study of matters of cause and effect… In the opening of the 2006 film The Secret (2006 film), introductory remarks credit Troward’s philosophy with inspiring the movie and its production…

Emma Curtis Hopkins was an American spiritual author and leader. She was called the “teacher of teachers” because a number of her students went on to found their own churches or to become prominent in the New Thought Movement.

Wallace Delois Wattles was an American author… he remains somewhat obscure, but his writing has been widely quoted and remains in print in the New Thought and self-help movements. Wattles’ best-known work is a 1910 book called The Science of Getting Rich in which he explained how to become wealthy.

Charles Francis Haanel was a noted American author and a businessman. He is best known for his contributions to the New Thought Movement through his book The Master Key System.

Please click on any link to read my review

Return to History of New Thought

This website is for information purposes only and is not intended to be or to serve as, a substitute for legal, financial, or medical advice, diagnosis or treatment. Always seek professional advice.

Just a little info about this Thriving-Baby-Boomers website, it is a collection of 150+ essays that I have written encompassing the complete spectrum of being human: physical, mental, emotional, financial, sexual, spiritual & relationships.

It’s my goal to make Thriving-Baby-Boomers site a little more interactive by creating this blog.

It is my vision to develop a community for Baby-Boomers to share their life stories, hopes, dreams, memories of ‘the good times, and anything else you want to see to make this your community.